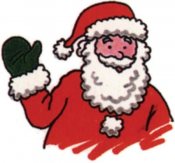 Anyone who knows me personally knows that I am a huge fan of the Christmas season. I’m the fool you’ve seen wearing Santa hats at the store. I can be heard singing random lyrics to random songs and I begin watching Christmas movies on Black Friday. I blame my parents for this crazy behavior. When I was a kid they created an atmosphere of joy and anticipation which would build slowly until Christmas Eve. It was impossible not to get caught up in it. We knew the festivities had begun because Mom would suddenly want to “Let’s go look at the lights!” go driving around. Christmas music would be played a lot around the house. The advent calendar was opened every morning and the candy was eaten. By the time Christmas Eve arrived and our church service concluded, I was ready to blast off like a rocket ship. 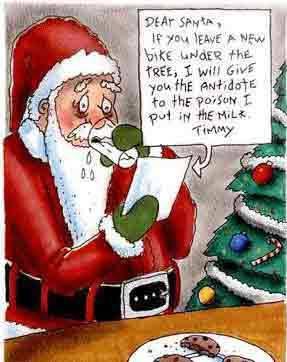 Santa was (and still is) the man. Among his many jobs was bringing us awesome gifts and putting up our tree. We decorated like crazy at our house but the one thing my parents were insistent that we not put up was the Christmas tree. There was nothing more magical then going to bed and waking up the next day seeing it decorated. Cookies would be mostly eaten, the milk was 3/4 gone, presents would be piled up, and the tree shone like a beacon of the most unimaginable joy.

I would lay in bed for hours on Christmas Eve thinking about what treats Christmas Day would bring. My sister and I would sit at the top of the steps on Christmas morning and wait for my parents to get up. There was always something magical about Christmas Day. The air seemed to glow with magic Santa dust. The golden rule was you couldn’t go downstairs before my parents. The tree had to be lit up first. When “Okay you can come down now” was shouted out, it was a race to see who could make it down the steps first.

Get that magic back.

The day I told my mom that there is no Santa Claus was a tough one for me. I will never forget her quote: “Are you sure? I mean… Christmas will never be the same.” Boy was she right. I’m certainly a lot older now. I understand now how my parents were able to pull it off. Luckily having kids has brought things full circle again and I’m so glad for that.

Living through my kids.

My kids are my everything. Maybe that’s why I turn up the Christmas music around the house louder. It’s probably why I get a new Santa hat every year. It’s why I start the Christmas movies in November. More than anything I want to get my kids to love this time of year as much as I do… so they have those memories to pass onto their kids.

Besides nostalgia, what’s the point of this?

Over the next several days I hope to rekindle some magic for you. Sure I get it. You won’t be opening any gifts from me. My blog won’t be eating any of your cookies and setting up your tree. But I will share with you some laughs, interesting info, and wonderful songs that make Christmas my favorite time of year. Celebration begins tomorrow. I hope you’ll come along. See you then.

Posted by bsitko - Jul 9, 2011 0
“You can learn many things from children. How much patience you have, for instance.” ~Franklin P. Jones I’m watching my…

Watching curves, speeding, and why compassion is still alive…

The key to happiness is doing this one thing…

Posted by bsitko - Aug 22, 2011 0
I was laying in the dentist’s chair listening to the sucking sounds, desperate to get the nasty taste and this…

Wrapping up a perfect Father’s day