“I grew afraid of the blank white screen with the flashing cursor.”

You see that? I did it! Now I’m four sentences in! Can you believe it? You’re probably wondering what I’m talking about. That’s a fair thing to ask. Most of you saw the first sentence in this post as just a sentence, an opening to a blog post that you hope won’t waste a few minutes of your time. Heck you probably didn’t even read the whole thing word for word; probably skipped the words “of”, “with” and “the”. To me that first sentence is the start to a project I’ve wanted to complete for months. Right now, at this very moment, my whole world revolves around those 12 words. 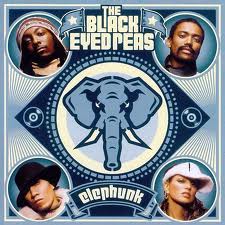 Hmm… part of you might be worried that this is just be another blog post about not creating blog posts for a while or a sad diatribe on how to lose ones mind. The answer is a firm “No” to all of that. I have a valuable lesson to teach here.

Many times over the past few months, I’ve fired up the old WordPress editor with an idea. Most of my ideas for posts are just jumbled up words, that need an order, to make a sentence. My sentences, if you will, haven’t come lately. I will make no apologies to you for that, let’s face it, you’ve lost no sleep over the matter.

There’s something much greater to speak of though. Finally today, I opened the WordPress editor again and told myself to type the first thing my fingers translated from my brain. Poof. Bang. There it was. More importantly, of course, I kept typing and shoot (251 word count!) I’m rocking and rolling. Getting started is the hardest part isn’t it? We can say we want to lose weight, read those 50 Shades of Grey novels while standing on our head, fix your family, or quit walking into closed doors but until you start you haven’t really done anything.

Maybe the Black Eyed Peas had it right. Let’s get it started. “Obstacles are inefficient, follow your intuition, free your inner soul…” The only obstacles to starting are you. Kids? Work? Too much TV? Not enough time? That’s all obstacles your brain sets up, to obstruct you from starting.

Starting something is only half the battle of course and I’ve downplayed that on purpose here. People plan projects in their heads for months, as I have on the various projects I’ve juggled this year, and blog posts have come and gone. The one thing I didn’t do on many an idea I had was to start it. For me that isn’t half, three quarters or seven eights of the battle but everything. Starting something gives me a sense of obligation to finish it. I hold myself accountable. It’s starting the sentence that’s the tricky part. I him, I haw, I procrastinate, I talk myself out of it, I fake viruses on our home computer, all to get out of starting that thing.

Now look, starting stuff and not finishing it is a problem too. That’s a post for another day or maybe this post will help clear it all up for you. Truth is, for now, I’m more excited about that first sentence, about starting this over again, writing, dreaming, talking to you; those few readers of mine who remain. That blank white canvas with a flashing cursor isn’t intimidating if you refuse to let it be. Trust me on that one.

Posted by bsitko - Jan 7, 2011 0
I put together my first guest post. One thing I love doing is stirring the pot, generating conversation and making…

What’s the true definition of value?